I spent most of this week researching in the National Archives and the British Library, two of my favourite institutions and a joy to return after the pandemic restrictions. But man cannot live on archive files and books alone, so I visited HMS Belfast in search of some serious military hardware. I haven't been for many years. The rain was bucketing down, causing some flooding in London, so a ship seemed a good place to be! 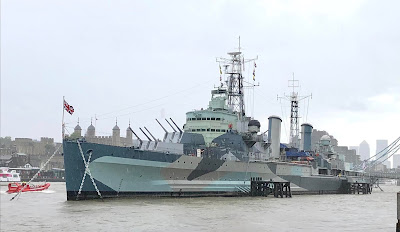 HMS Belfast is a Town Class light cruiser, launched in 1938, now moored on the Thames in central London, next to Tower Bridge. It is operated by the Imperial War Museum. She struck a mine early in the war but was repaired and served on the Arctic convoys. Then she helped sink the Scharnhorst in 1943 and bombarded the Normandy beaches on D-Day. After WW2, she saw service in the Korean War. She went into the reserve in 1963 and was saved from the scrapyard before being opened to the public in 1971. I remember going soon after it opened as I was living in London at the time. I was very young!

Her twelve 6" guns are the immediate attraction and 25 crew served in each of the four turrets. It must have been packed and reminded me why, at 6' 2" tall, I wasn't built for the navy. 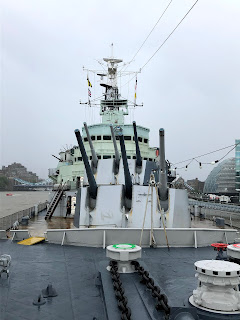 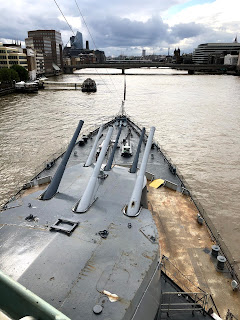 The twelve 4" guns make up the secondary armament, along with 16 Bofors AA guns. 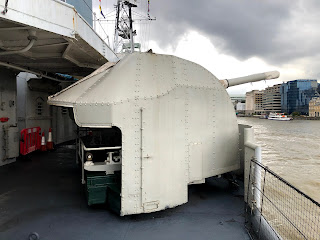 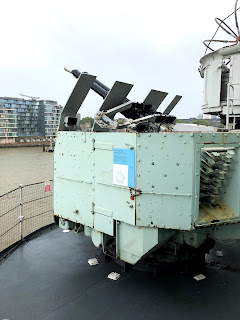 You can visit most parts of the ship and all decks, including the bridge. Sadly, not for those with mobility issues, and I bumped my head several times. However, there are a couple of good pubs nearby to soothe the pain! 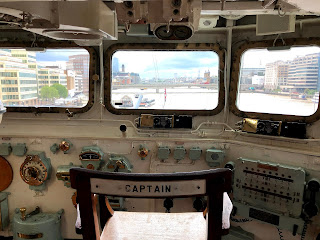 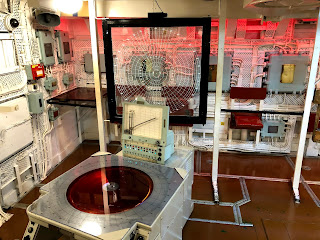