Of all the Roman emperors, Nero comes pretty near to the bottom of the league. Burning Christians, fiddling while Rome burned at his own hands, murdering his mother, poisoning his brother, he even took to the stage to torment the citizens!

Given what we all think we know about Nero, I decided to take in the British Museum's Nero Exhibition while I am in London this week.
To be honest, the exhibition is not as spectacular as others I have been to at the museum. The Assyrian and the Scythian exhibitions were fantastic. If I hadn't already got a Roman army of the period, I wouldn't be inspired to get one. That is not to say it isn't interesting. Some fine exhibits, including many of military interest. This relief of the Pretorian Guard in particular. 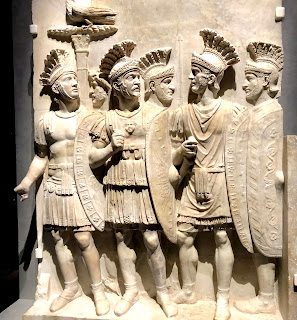 Nero was on the throne while Boudicca's rebellion kicked off, not that he got his own hands dirty dealing with it. There is a decent section on this, with the British and Roman helmets being the high point for me. 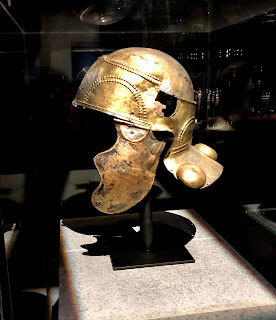 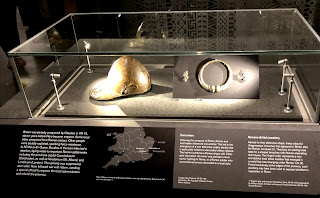 A display of gladiator equipment and nice Gladius was about it for me. 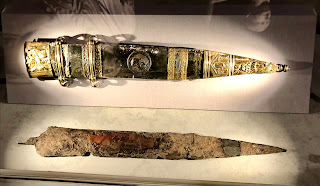 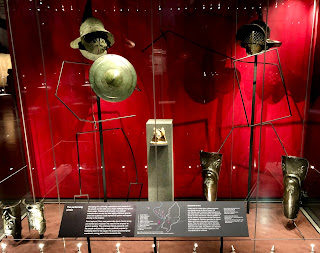 The exhibition didn't make much of an effort to rehabilitate Nero, if that is possible. Melvin Bragg had Dr Shusma Malik, who has written a book on Nero, on his In Our Time radio show. She points out that the only surviving sources were written by authors who lived well after his death and had good reason to denigrate the Julio-Claudian dynasty. She also argues that by the standards of Roman emperors, Nero wasn't that excessive. The exhibition highlights his popularity with the masses, if not the Senate. As late as the fifth century, his image appeared on souvenir medallions more frequently than any other emperor. On balance, he was obviously loved and loathed, in what proportions it is difficult to judge.
The British Museum is a staggeringly good visit anyway. My favourite section is the Sutton Hoo finds. I never tire of the Saxon helmet. 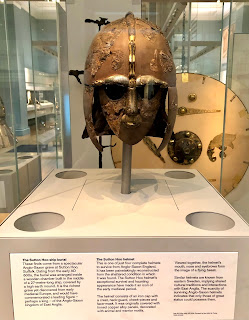